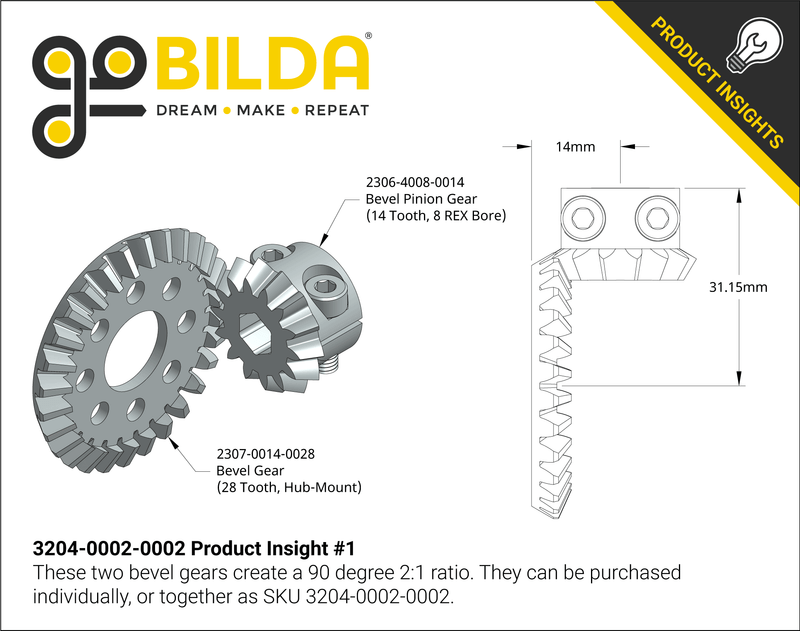 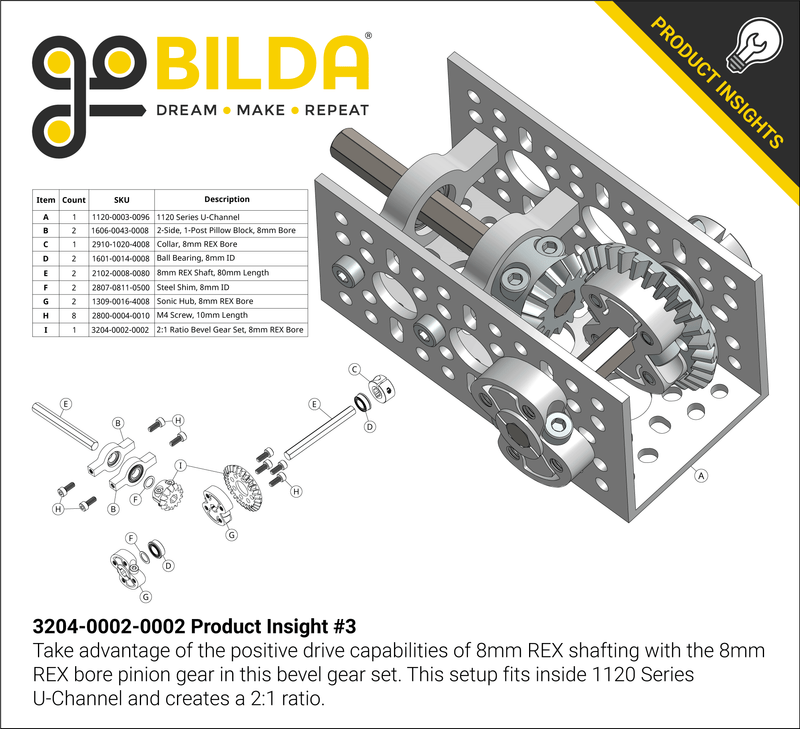 This bevel gear set includes a 14 tooth pinion gear intended to mount to an 8mm REX shaft, and a 28 tooth hub gear intended to mount to a 16mm pattern hub.  The combination of a 14 and 28 tooth gear creates a 2:1 ratio, which is most commonly used as a gear reduction, meaning the small gear is driving the large gear. Although they can also be used as a 2:1 overdrive if speed is more important than torque.  The 28 tooth gear has clearance for a hub with an overall diameter of 32mm.  Sonic Hubs provide the most versatility as they can be mounted on the backside of the gear, but if you’re using 12mm REX shaft as an output you’ll want to use a Hyper Hub on the face of the gear.

These products have been hand curated by our R&D team. We have selected products that are directly compatible with or very relevant to the 3204-0002-0002.