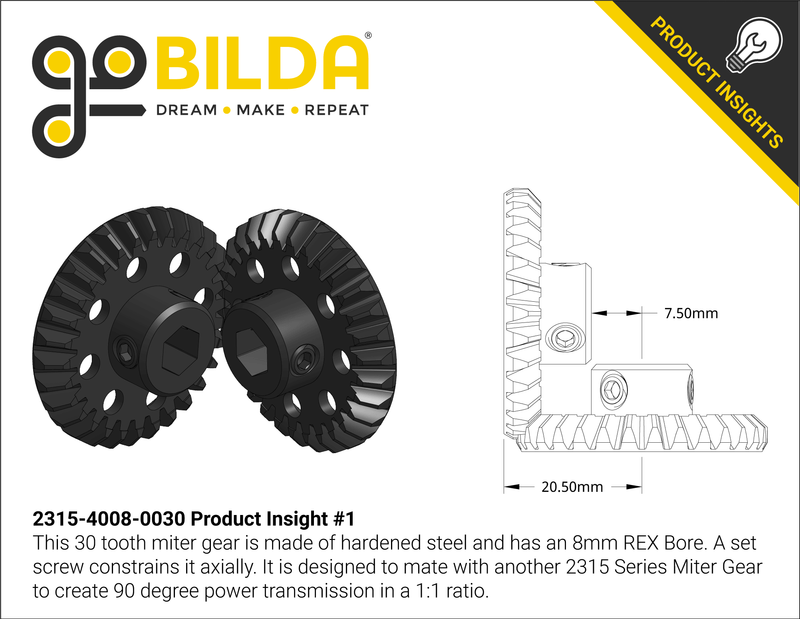 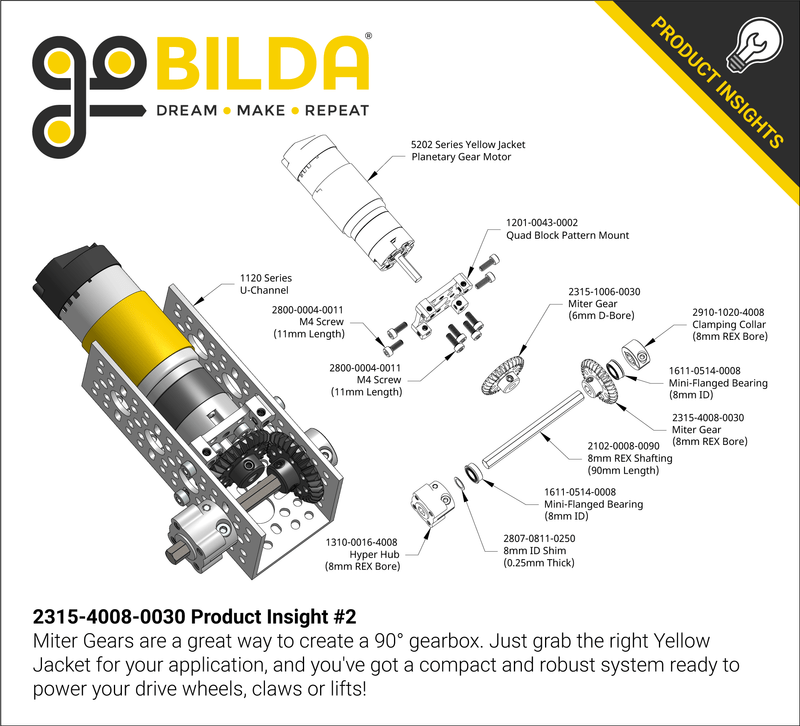 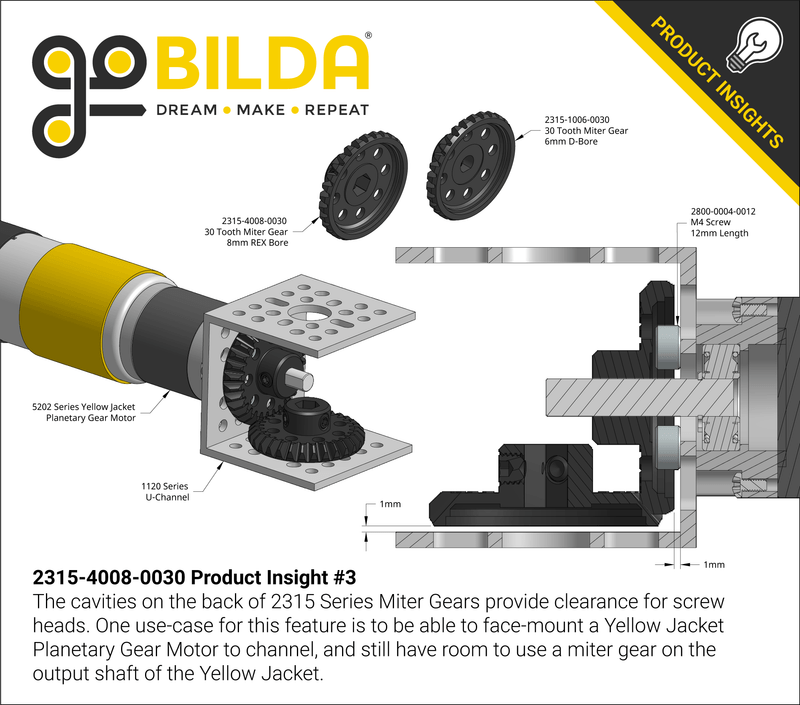 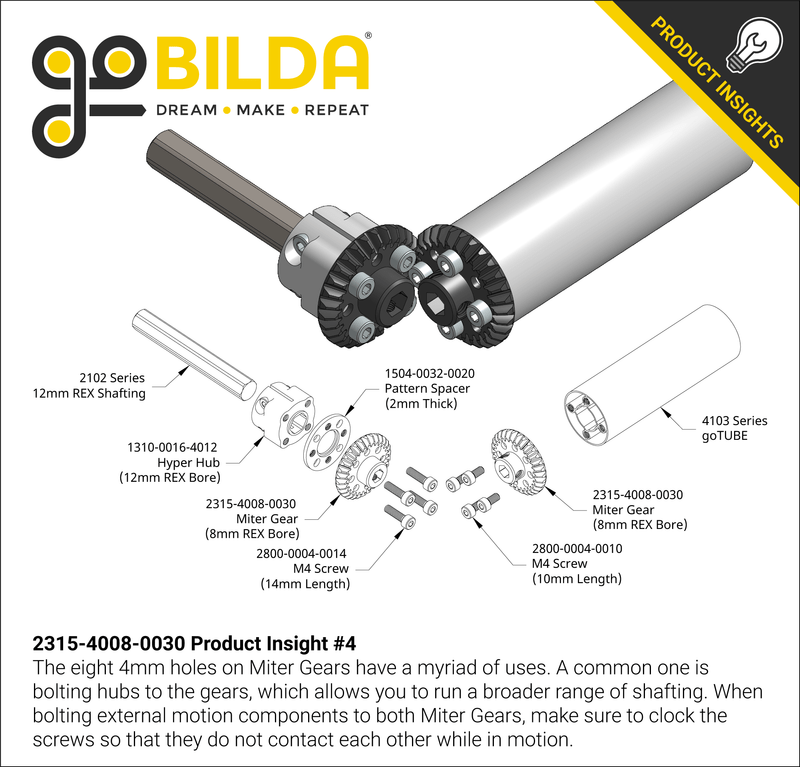 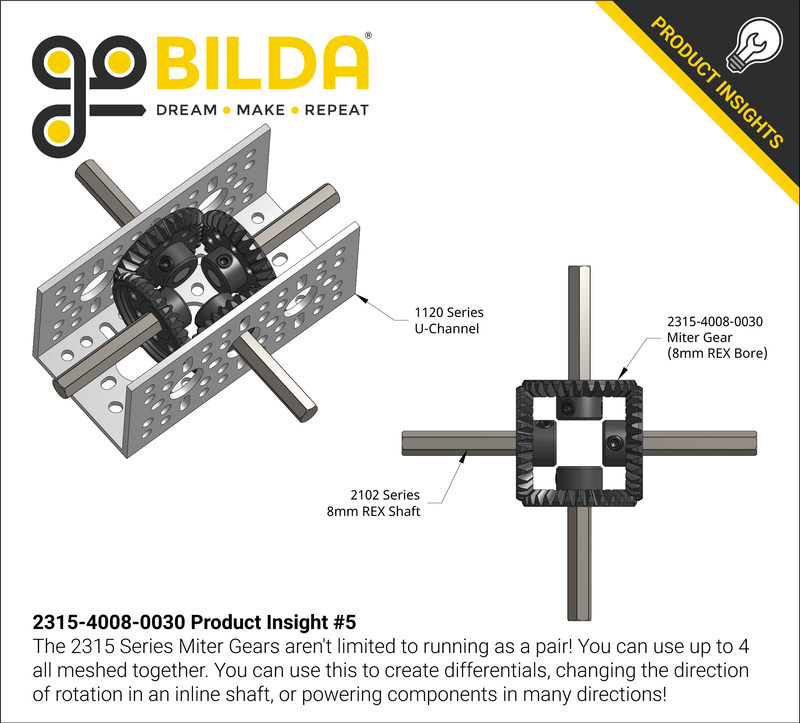 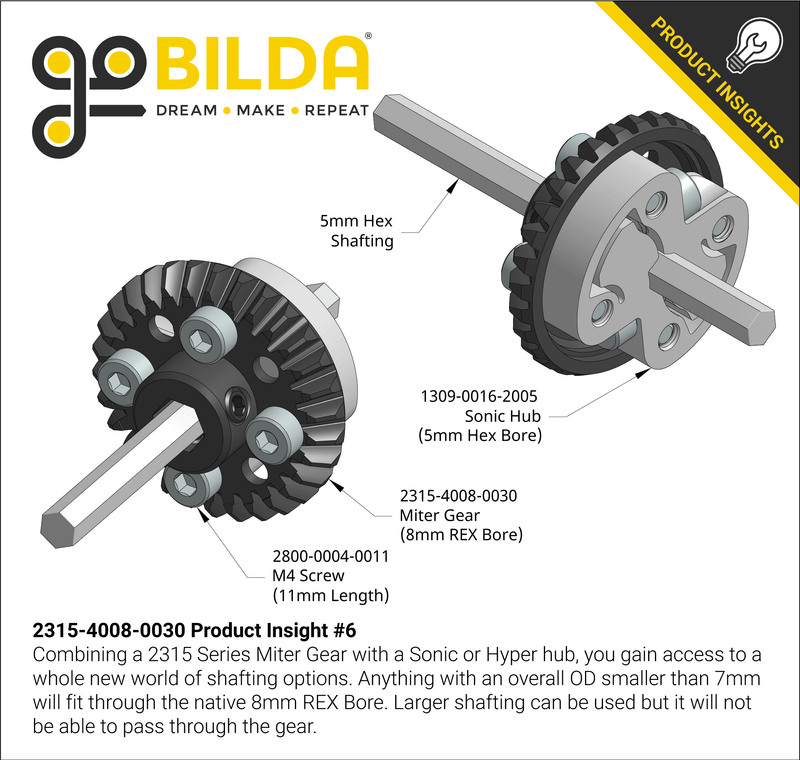 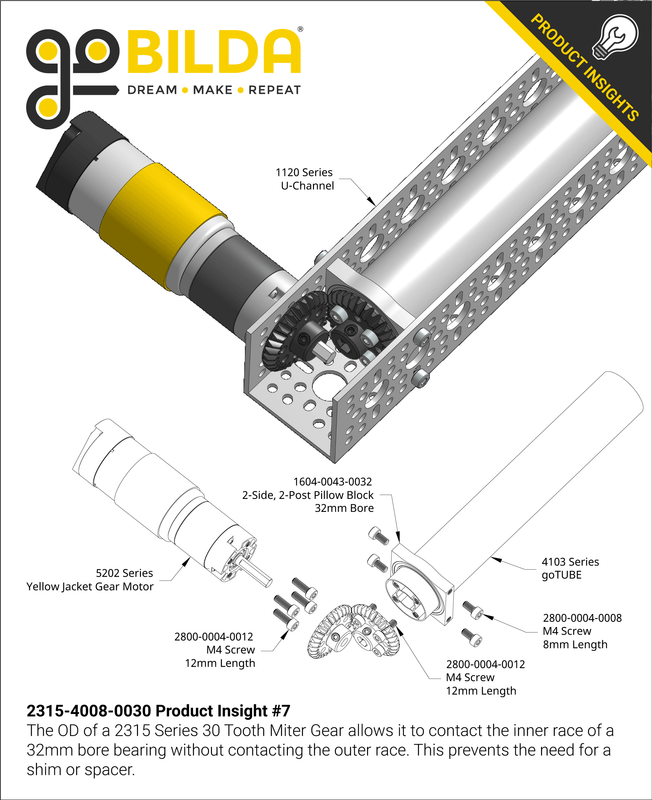 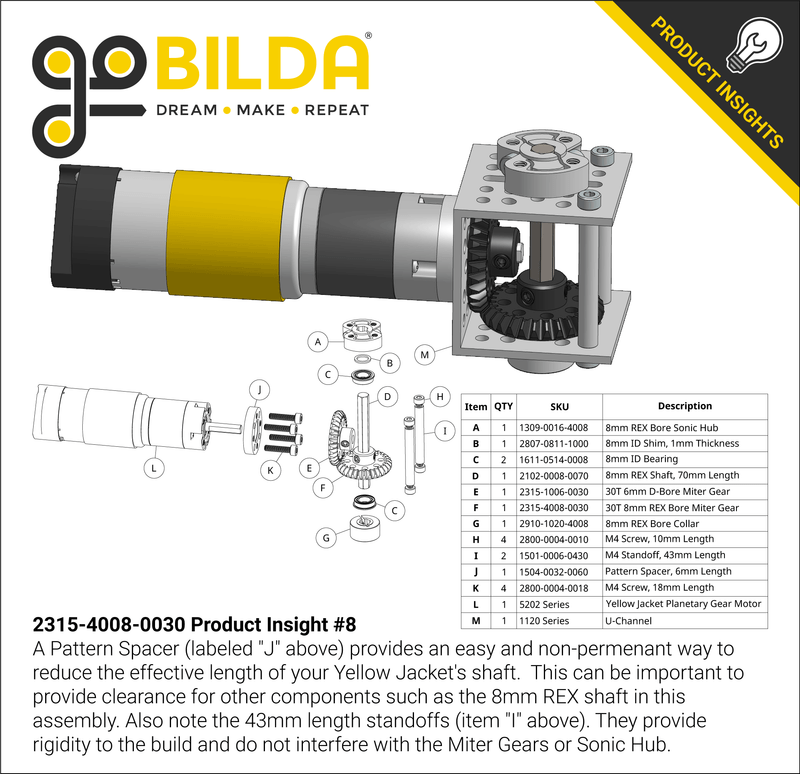 This 8mm REX Bore Miter Gear is able to mate with any other 2315 Series Miter Gear. A miter gear is a specific type of bevel gear. Two mating miter gears create a 1:1 ratio, and transmit power at a 90 degree angle due to the 45 degree pitch cone angle. The underneath side of this gear has been dished out to allow a thrust bearing to set the location of the gear (relative to the inside wall of an 1120 Series U-Channel) and counteract the potential spreading forces in the most extreme applications. Additionally, the 32mm shelf on the back will allow a 32mm diameter component, such as goRAIL, goTUBE or a Sonic Hub to nest down in the cavity and fasten with M4 socket head screws.

These products have been hand curated by our R&D team. We have selected products that are directly compatible with or very relevant to the 2315-4008-0030.